BKT, known worldwide for its passion for sports, has long been an avid sponsor of global sporting events.

This passion was ignited by our joint Managing Director, Rajiv Poddar, who believes that sports unites communities, inspires us to break boundaries, and strive for greater results. With this in mind we are thrilled to announce a new addition to our sponsorship portfolio, having been named the northern-hemisphere title sponsor of The United Rugby Championships (URC).

Find out more about the URC and our sponsorship below, along with BKT’s ongoing commitment of ‘Growing Together’.

A sponsorship that will last until 2025, from today the league will be known as the ‘BKT United Rugby Championship’ in the northern-hemisphere. This news follows on from the league’s recent announcement that the 2021/22 season had exceeded its broadcast records in reaching an audience of 34.6 million, encapsulating both organisations’ constant pursuit of growth and improvement.

BKT will now hold naming rights for the league in the northern-hemisphere and we are excited to play an integral role in the continued growth of the United Rugby Championship. This sponsorship will also help us gain greater exposure to local markets within the northern hemisphere, further enhancing our ‘glocal approach’ (think global, act local) and to build a stronger community of passionate sports fans around our brand.

Lucia Salmaso, BKT Europe’s CEO, said: “we are so proud to be Title Sponsor of URC, a league recognized around the world with a mission to grow rugby that reflects and promotes the values which are at the basis of our activities”.

She added that “BKT will support the URC and its fans with its positive attitude, its passion for sports and its enthusiastic ideas, by engaging and including the whole audience. We will do our best to ensure that this partnership could only be the beginning of a stimulating adventure to live and an opportunity for Growing Together. I think we are a great match and team”.

About The United Rugby Championships

The United Rugby Championship is an international rugby league in which sixteen teams from five major nations compete across two hemispheres to become the URC champion. The URC comprises four teams from Ireland, four from South Africa, four from Wales, two from Italy, and two from Scotland.

Each season, the top eight ranking teams from the URC qualify for the following season’s Heineken Champions Cup while over 300 players from the league represent their countries in the international rugby competition.

The URC’s mission is to bring innovation to the world of rugby, creating new ways of bringing fans closer to the action, using the power of rugby to create a purpose-driven league that allows athletes and teams to amaze on the pitch, and inspire change off the pitch.

Beyond the playing field, URC also seeks to celebrate the cultures and identities of the various teams and countries that are represented within the league. In addition, they also look to find new ways to connect with fans and communities through purpose-led activities away from the rugby pitch itself.

Outside of a genuine passion for sports, BKT’s sponsorships play a key role in promoting our wider organisational goals, in which we strive to use our growth and influence as a means to promote positive change. As such, each of our sponsorships are carefully selected for their shared values and visions.

One of URC’s main ambitions is to use the league’s platform to champion for a healthier, stronger, unified next generation, so they can ‘Take on Tomorrow’ - the title of their youth programme.

The programme will advance and celebrate the power of URC rugby as a tool for social change. By using their international platform to support the efforts of clubs, players, fans and leading charities as they change the lives of young people across the five territories in which they play.

BKT is also a keen supporter of youth initiatives, having founded their ‘Campus to Corporate’ initiative, which aims to support the next generation of youngsters to find their feet in a professional capacity across numerous departments within the BKT organisation. Our initiative equips 100 young students with core skills every year, putting them on a fast-track to take over key roles within our team over a 3-5 year period.

Martin Anayi, United Rugby Championship CEO, expressed that “attracting a global partner of BKT’s scale speaks to the appeal of rugby and to the diversity and identity of our league. The success of our debut season as URC caught the imagination of fans and the interest from potential partners has really come to life.”

He continued, “BKT want to grow together and they believe in our vision of creating a league where world-class rugby is matched by an off-the-field purpose that connects with our fans and communities.

As a brand BKT are passionate about teamwork and tradition while their forward thinking approach to research and development and international expansion is geared at keeping them at the top of their industry. These are fundamental values in rugby and establish a great foundation for us to create a game-changing partnership."

For more information on the URC, including the 2022/23 fixtures or the BKT sponsorship visit their website at: https://www.unitedrugby.com/.

You can also find out more about BKT’s sponsorships for the URC and other major sporting events at https://sponsorship.bkt-tires.com/en/. 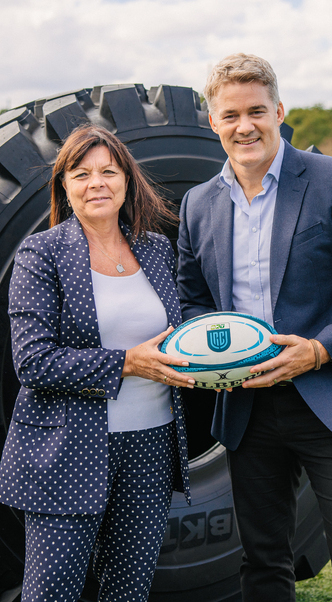 Everything You Need To Know About Vertical Farms