The Use of Bioengineering and IoT to Increase Agricultural Production

We are living in what many call “The Age of Technology”, and while some are concerned about the negative repercussions of a technological world, there is no denying that technology simply makes life easier. The agricultural industry is no exception: the use of advanced technology, such as bioengineering and IoT, has been proven to increase agricultural production. But how is this achieved? And why is this important?

The Day to Day Challenges in Agriculture

Simply, the demand for food production is ever-growing (and thus, as are the prices!) due to the increasing global population. This creates an increasingly intense workload for humans alone. Therefore, the agricultural industry has been forced to take innovative measures to ensure that production is efficient and effective.

In addition to the increasing number of mouths to feed, the agricultural industry faces a multitude of challenges on a daily basis. In 2022, we have been very much awakened to the critical urgency of the climate crisis – and agriculture is one of the prime sectors affected by global warming. For example, climate change has resulted in unpredictable extremes of weather: grain plants need sunlight, heat and rain at the right time, whereas the sporadic nature of frosts and heatwaves – not to mention more prolonged droughts – intensely affects crop yields.

Furthermore, another key issue is the degradation of soil. Soil is a living, thriving thing; there are many microbes, fungi and insects which live in the soil and helpfully move nutrients around. However, soil is often damaged by intensive farming, such as deep ploughing and overuse of fertilizer and pesticides. Healthy soil means plants are much more likely to obtain complex nutrients and fend off disease – and thus keep up with the efficient food production which is sought after in the agricultural industry.

What is Bioengineering and IoT?

Bioengineering has become a key contributing factor to the agricultural industry, particularly as the global population rises. But what is bioengineering? Well, it is the process which leads to genetically engineered products: specific tools allow the DNA and RNA of animals and plants to be efficiently edited, which leads to a multitude of advantages in agricultural production.

Secondly, the Internet of Things (IoT) is the collective term for literal ‘things’ – everyday or industrial objects – which connect with other devices through the internet. There are over 7 billion IoT devices, and this is only set to increase over time. IoT devices in agriculture are used to efficiently measure and monitor data: from soil health to those all-important weather updates! As mentioned in one of our previous blogs, smart farming is a management concept which aims to provide the industry with the means to use advanced technologies such as AI and IoT. At BKT, we believe it is certainly ‘smart’ to keep ahead of the technological times, and reap and sow the benefits! Check out our Smart Farming episode to learn more.

How Does Advanced Technology Benefit Agriculture

But what exactly are the benefits of advanced technology in the agricultural industry? As previously mentioned, one of the biggest challenges that the agricultural industry faces today is degradation of soil – and subsequent disease. Bioengineering is a particularly promising solution for crop disease; it has the potential to completely eradicate pests and disease, which is certainly promising for the future of agriculture.

What’s more, bioengineering works hand in hand with agricultural IoT. How? The data which IoT collects – covering a multitude of vital variables – allows farmers to make better-informed decisions. Agricultural sensor technology, for example, is utilised in farms across the globe, and gives both industry leaders and everyday farmers an insight into what works, and what doesn’t. These sensors carry out tasks such as: monitoring the health of soil and livestock, running daily checks on the efficiency of equipment, and even helping with the distribution of produce.

Overall, such technologies simplify and streamline the journey “from farm to fork”, and allow the global agricultural industry to keep up with the ever-growing demand for food production.

The Future of Farming

Bioengineering and IoT are two of the technologies which are paving the path to positive change in the agricultural industry. Moreover, in recent years, it has rightfully become the common goal to instil change specifically for a more sustainable future, and these technologies help contribute towards this. Bioengineering, for example, creates modified crops which are more sustainable in both form and maintenance – resulting in significantly less greenhouse gases emitted into the atmosphere. Additionally, digital sensors – with their all-seeing, all-knowing power – can monitor environmental factors, allowing farmers to implement innovative, more sustainable processes which will help combat climate change.

To conclude, despite the challenges faced by farmers on the regular day to day, heightened by the ongoing pressure of population growth, agricultural technologies are here to help, promising a future that looks brighter, more efficient, and most importantly, more sustainable. 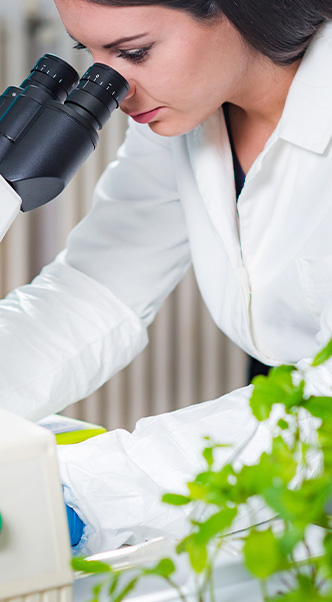