From the beginning of March, BKT has expanded further its production capacity by adding extra 50.000 Metric tons.
The model production site in Bhuj has indeed been enlarged to host a new expansion where “extra” agriculture radial tires are already being manufactured.
This is BKT’s strategical answer to the global tire demand which is upswing and driving to a growth that won’t change any soon.

The expansion project is a record one: from the groundbreaking operations that began on May 22, 2021 it took less than one year to start officially tire production.

And it is not a coincidence that this happened in Bhuj, a production site built and designed for continuous development and enlargement.
The site is located at Bhuj, in the State of Gujarat, India, at a distance of about 60 km from the Port of Mundra on the Arabian Sea. This facilitates BKT to send its products to over 160 countries across the world. 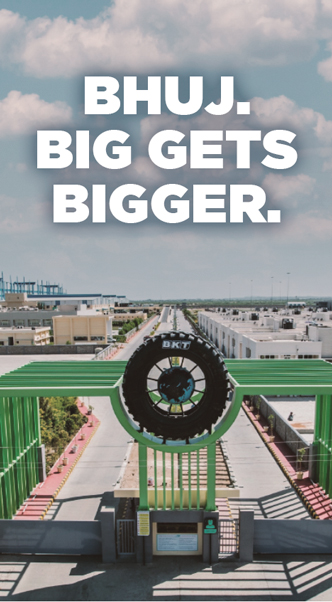