Over the last few weeks (months, that is!), we have talked about Monster Jam and the tires we designed for these monstrous vehicles that perform extraordinary and breathtaking stunts.

You will certainly remember that at the last Agritechnica show, we set up a real Monster Stand taking a giant Monster Truck from the legendary Grave Digger team directly to Hannover! Visitors had the opportunity to climb on board and take home a Hot Wheels model of the giant four-wheel truck, complete with BKT tires, of course.

We’re here today to give you some insights into the world of Monster Jam. In most shows Monster Trucks face off in two different competitions: racing and freestyle where pilot and Monster Truck have a limited amount of time to demonstrate their extraordinary acrobatic skills in thrilling stunts. Jaw-dropping feats leave audiences and judges stunned as the Monster Trucks make their way around (and through) cars, buses, boats and airplane parts set up in the arena. Using these obstacles as springboards and launch pads, Monster Trucks leap over, turn upside down and defy the laws of gravity and physics, pushing their limits above and beyond.

How are score points tallied?

During the Freestyle competition, the jury scores each performance according to the:

Penalties are called if:

The most famous tricks

The most famous tricks? Here they are!

As you can see in the video, the Monster Truck lands after a full rotation on four wheels and then launches into another spin. Breathtaking, right? 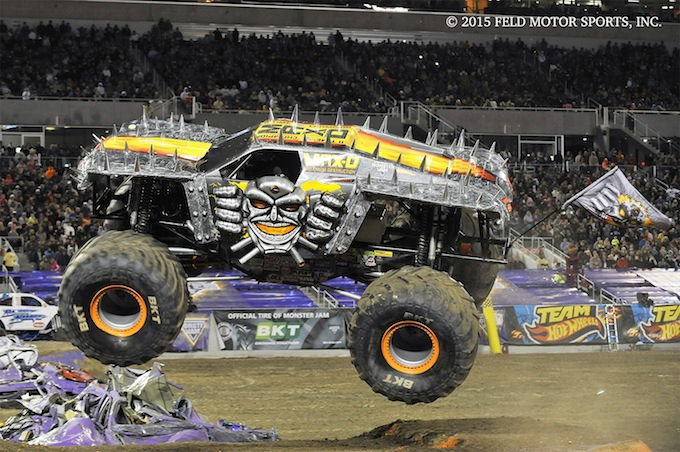