Digitalization, satellite technologies, machine-to-machine interaction, GPS, software, and so forth... Don’t worry folks, you haven’t ended up on a blog on industrial automation! However, today the so-called internet of things can play a major role even in agriculture! Also in this sector, there has been much talk about technological evolution, giving an outlook on the birth of Agriculture 4.0, which we can already see on the horizon. But what is it really about? Let’s find out together!

The start of the Digital Age has already been announced in agriculture. Since the beginning of the 20th century, the evolution of production methods and systems has been amazing. Fasten you seatbelts, let’s travel through time!

Originally, agriculture 1.0 distinguished itself by a large amount of manpower. Just think that about a third of the world’s population was employed in the primary sector. Yields had been relatively modest since the start of the “Green Revolution” in the 1950s. The name stands for a massive usage of fertilizers and plant protection products. In the 1990s, we then passed to major environmental awareness and the so-called “precision farming”. The latter has been characterized by agricultural machinery interacting with modern tools of satellite geo-localization by far optimizing the management of all farming operations. What’s coming next?

Digital is on its way

As you have noticed, we have now entered a new stage that transforms the very concept of precision farming thanks to matured cutting-edge technology such as sensors, microprocessors – and, more generally speaking, hi-tech communication tools, big data analytics, drones, robots and equipment-interconnecting systems.

Well, to cut a long story short, technologies that allow for fast information and data retrieval and management, enabling the automation and integration of productive activities. Nothing is left to chance. This turns into a great advantage in terms of cost optimization and production quality.

And what about the operator? Within the agriculture 4.0 scenery, this figure is much more like a “supervisor”, who monitors and optimizes the operation of all pieces of equipment from a command center, being also able to define the final price of the yield at an intermediary stage. This new role will certainly require major specialization and professional training – but in the end, you will see the benefits for your yield.

Future agriculture will certainly need tires that are likewise valid and innovative. That is why BKT suggests Agrimax V-Flecto, a wining mix of technologies that enhances the performance of your latest-generation tractors on every kind of field. Reduced soil compaction, minor operating costs and increased load capacity - to name but a few of its advantages. This tire excels in both performance and reliability. It is able to manage mechanical stress and equipment speed even on paved roads. Why don’t you try out its technology?

On our website, you can find out more about all available sizes of this  “4.0” tire. Just stop by! 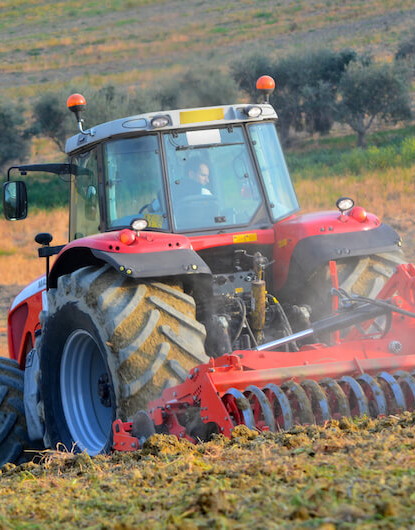