How Would Humanity Fare if the Mining Industry Shut Down?

There’s no denying that the mining industry dominates the modern world as we know it: it is solely responsible for the raw minerals which are fundamental to our day to day lives. However, this could all be set to change in upcoming years. As we pave our way to a more sustainable future, how would humanity fare if the mining industry subsequently shut down altogether?

The History of the Mining Industry

Often, when people think of mining, they picture a black and white hued scene: a throwback to the treacherous working life of the lower classes in the 19th and 20th century. However, mining dates even further back than that. From gradually evolving Homo Sapiens and their intuitive tool building, to the eventual development of tribes and civilisations – all of which tended to create settlements around the most useful minerals.

As evolution progressed, humans wised up to the concept of trading, and these sought-after mined minerals were likely among the first resources that were bought and sold. The earliest mines sourced metals such as gold, silver and copper, which, several thousand years later, led to the process of ‘smelting’: applying fire to ore, in order to extract the base metal. Before the days of smartphones and social media, this was perceived as one of the first ‘technological breakthroughs’ – allowing metals to be melted and moulded into objects.

Thus came the rise of the mining industry. As human civilization grew, so too did the crucial necessity of mining – starkly reflecting the 21st century’s alignment between rapid population growth and an elevated need for earthly resources. During “Europe’s Age of Discovery”, governments awakened the business mind of miners alike, by allowing them to take a proportion of profit from the minerals they sourced. And before you knew it, the ‘New World’ became the ‘Industrial World’: cue the industrial boom of the 1830s! This period is where the archetypal perception of mining stems from.

Is there a Stigma Surrounding Mining?

This era is also a significant source of the stigma surrounding mining, and for good reason. The horrifying working conditions – from life-threatening lack of safety measures to miniscule pay – across mines worldwide has left the industry with a sullied reputation in the history books. This is particularly poignant due to the extreme class divide of the 19th and 20th century, as the suffering mine workers were typically of lower, less privileged classes.

However, significant progress was made in the years that followed; from the International Labour Organization’s adoption of the Hours of Work (Coal Mines) Convention (No. 31) in 1931, to the Safety and Health in Mines Convention (No. 176) in 1995.

Fast-forward to the 21st century, and while working conditions have significantly improved, other ethics are being called into question. Sustainability is quite rightly a hot topic in 2022, and many believe that the negative impacts of mining outweigh the benefits.

How does Mining Affect the Environment?

It is no secret that the mining industry can have a detrimental impact on the environment and in the aftermath of recent global sustainability conferences, it’s perhaps unsurprising that the notion of mining shutting down is in discussion. But, how does mining affect the environment specifically?

Negative impacts of mining include erosion, sinkholes, deforestation and a loss of biodiversity. Coal mining in particular, and the use of coal itself, has been proven to cause air pollution – which especially affects poor and vulnerable communities. As a result, many are campaigning for better energy alternatives to be used, to protect our planet – and its people.

Similarly, some claim that mining is unnecessary in this day and age, and that the negative factors generally outweigh the positives. However, others claim that there are more sustainable ways for the mining industry to continue thriving. For example, innovatively improved manufacturing processes, reduced inputs and outputs, and correct waste disposal are all achievable steps towards more environmentally friendly mining. What’s more, many suggest that those in positions of power in the mining industry could actively replenish the environment – by planting trees, for example.

A World Without Mining

Naturally, there are two sides to every debate. While there are those who claim that mining is ’outdated’ and ‘unnecessary’, it is important to look at the bigger picture. What are the advantages of mining? And specifically, how does the mining industry impact the human population in a positive way?

Frankly, if the mining industry shut down completely, it would be very clear just how much of an impact it has on our everyday lives – in ways that you likely don’t even realize! First, as with any other global-scale industry, the loss of jobs would be a devastating blow to so many. Similar to the agricultural industry, mining offers employment to millions worldwide.

Furthermore, in this hypothetical world where the mining industry no longer exists, there would be significant impact on home-life for both rural and urban communities. Due to the sheer physical scale of mines, shutting these down would have a detrimental impact to their surrounding rural communities that rely so heavily upon the mines’ resources. But even further across the pond, it would not simply be a case of “out of sight, out of mind”. On the contrary, people who inhabit town houses and city skyscrapers would still be affected; energy would be massively affected by the loss of mining, resulting in uncomfortably fluctuating home temperatures, and potential electricity drops and rations (coal is, after all, responsible for 35% of the world’s electricity).

What’s more, due to the sudden inaccessibility of such minerals, the prices of industrial metals would reach shocking heights. Our collective reliance on metals is beyond comprehension; within the technological world alone, metals play a pivotal role. So, without mining, you can wave goodbye to that iPhone upgrade! Additionally, in a mine-less reality, the production of petrol and diesel would abruptly halt. While the notion of a vast, empty road is unnerving to many, others would argue that a lack of fossil fuels would work wonders for the environment. Unfortunately though, renewable energy replacements – such as wind and solar power – paradoxically rely on non-renewable mined minerals to function.

To Mine, or Not to Mine?

While the complete shutdown of such a powerful industry is unlikely, it is interesting to note whether – regardless of best intentions – such a feat would actually have a positive outcome, or if the results would be too extreme, quite literally changing life as we know it. The universal hope is that the mining industry can – and will – take crucial steps to protect the planet we call home. 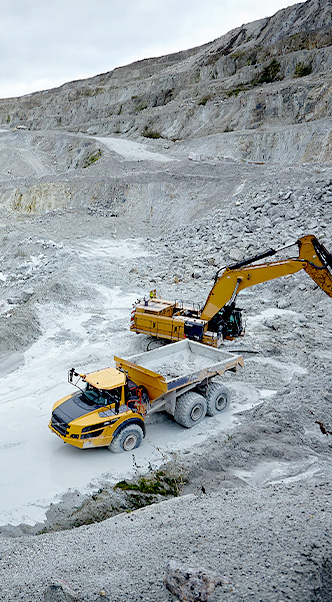