The Past and Present of Pumpkin Farming

Happy (almost) Halloween! In celebration of the spooky season, we thought we’d take you through an exclusive lowdown of the history of pumpkin farming. So, without further ado, sit back, and enjoy the ride on the Ghost Train!

Pumpkin Farming: When Did It Begin?

At this time of year, there is a natural spike in pumpkin sales across the globe. But as you’re carving up your jack-o’-lantern, do you ever wonder where these celebrated squash come from?

The answer is Mexico – the Oaxaca Highlands, to be precise. Pumpkins are said to have originated over 7500 years ago in North America, yet they certainly weren’t recognisable, a world away from the bright orange icon we all know! Instead, these first pumpkins were a lot smaller and harder, with a far more bitter flavour. Also, the universal love of pumpkin seeds was very much a thing of the future. Back in 7000 BC, North American natives – who were, indeed, the very first pumpkin farmers – grew pumpkins solely for their thick flesh. As opposed to benefitting from their nutritional value, these original pumpkin farmers primarily used our favourite seasonal vegetable for storage, due to their ability to preserve produce during winter weather. In a sense, this does, in fact, mirror our shameless use of pumpkins for decorative purposes!

It is undeniable that pumpkins are renowned as the symbol for multiple global events. Not only this, but they are swiftly being recognised as the official ‘aesthetic’ of Autumn, with many social media users taking to pumpkin patches to snap a few October shots for their Instagram feed!

But most iconically, pumpkins are seen to represent Halloween, with families all across the world carving a smile - or a scary scowl! - into the biggest, best pumpkin they could find. But where did this phenomenon come from? How did displaying a luminous vegetable, of all things, in your living room window become a cultural norm? Well, it all stemmed from an Irish myth about ‘Stingy Jack’: a drunkard who made a deceptive deal with the Devil. In a nutshell, this story concludes with Jack being condemned to enter neither Heaven nor Hell; instead, he is doomed to wander the ‘in between’ for all eternity, carrying only an aflame hollowed turnip (see where we’re going with this?), to light his way. Beyond this, carving vegetables is commonplace in many different cultures. The Jack-o’-lantern, specifically, is believed to ward off evil spirits - hence the tradition of carving as sinister a face as possible!

Furthermore, we would be remiss not to mention the beloved American tradition of pumpkin pie on Thanksgiving! This stemmed from the Native American tribes who grew pumpkins and squash, and brought pumpkins as gifts for the settlers - teaching them the many ways one can serve this delicacy!

The Future of Pumpkin Farming

Speaking of this, the pumpkin is recognised beyond its status as a staple of global events; it is also a versatile vegetable which is growing in popularity in the food production industry. From munching on pumpkin seeds to sipping on pumpkin spice lattes, there are a variety of ways in which we can enjoy this renowned winter squash.

But why are pumpkins particularly popular now? Well, this is, in part, due to the vast increase in vegetarians and vegans worldwide, and pumpkins can provide a tasty alternative to meat. Let’s face it, there are a wide range of delicious pumpkin recipes that we bet you are itching to try! Pumpkins are also renowned for being nutritious; they are a good source of potassium, along with iron and vitamins A, C and E. In this day and age, where we are more fixated on health and fitness than ever, it is no surprise that pumpkins are becoming an integral part of many people’s diets.

It is therefore clear why, with the ever-increasing demand, pumpkin farms are thriving in 2022. Not only are they selling their produce directly to supermarkets, some also harness the harvest for publicity, opening up their pumpkin patches for families to enjoy. These autumnal events often include food stalls and fun activities, as well as, of course, photo opportunities amidst the pumpkins!

If you’re aiming to harvest in time for Halloween next year, make sure you plant your pumpkin seeds by the springtime: mid-May would be ideal. These winter squash require a lot of space to grow, due to their size and the lengths of their vines, and while they can thrive in most soil types, they cannot simply be left to their own devices. Pumpkins require a lot of maintenance, from painstakingly monitoring the weather during growth (pumpkins suffer with either too much or too little rainwater), to a labour-intensive harvest.

Want to learn more about how to grow your own pumpkin patch? Check out this comprehensive guide here. 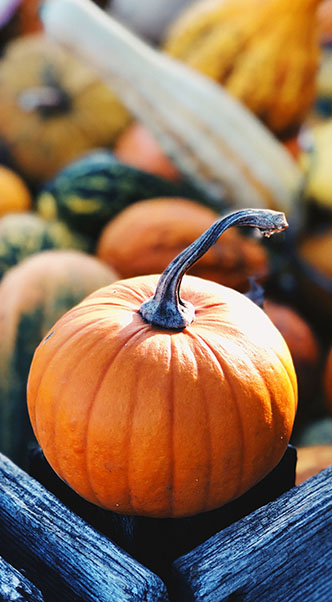