The Pros and Cons of Urban Agriculture

When you think about agriculture, what do you see in your mind’s eye? Stereotypically, you’d imagine a farm complete with a backdrop of picture-perfect countryside. However, urban agriculture is on the rise; this is simply where farming activities – such as planting crops and rearing animals – take place in towns and cities. The increased popularity of urban agriculture in the last decade or so directly coincides with both the growing ratio of global urbanisation, and increased awareness of the benefits of urban farming. So, without further ado, we will reap and sow the pros – and weed out the pesky cons! – of urban agriculture. Hop aboard for the ride!

What is Urban Agriculture?

Well, urban agriculture actually budded into existence thousands of years ago. That’s right, urban farming has been around since human civilization built its first cities – all the way back in 3500 BCE. Fast forward to 2022, and reports state that by 2030, 70% of the world’s population will live in cities. This explains the natural progression of urban farming worldwide; together, we will explore the numerous ways that urban agriculture benefits urban communities – and additionally the challenges it poses.

But first things first, what types of urban farming can be found on your doorstep – and beyond? This popular form of agriculture ranges from green walls to greenhouses, from street and garden landscaping to vertical farms, and from urban forest gardening to the plants grown (and animals reared) in your own backyard.

The Pros of Urban Agriculture

At BKT, we are passionate advocates for the “glocal approach” to agriculture. Urban farming provides ample opportunity for local entrepreneurship, giving space for small start-up businesses to flourish. Agriculture is one of the biggest employers in the world, and there’s no doubt that the increase of farming in urban areas greatly increases employment rates. It is therefore safe to say that one of the most significant pros of urban agriculture is its economic value.

Not only this, but the aforementioned forms of urban agriculture are not necessarily commercial; there are many community projects that are formed, not for profit, but to charitably provide for poorer parts of the community. Urban farming therefore plays a crucial hand in the fight against poverty, as it results in more accessible – and more nutritious – local food sources, whilst simultaneously creating a sought-after sense of connection and camaraderie in urban communities. For example, Social Farms & Gardens is a UK-based charity which “supports communities to farm, garden and grow together” - offering a whole host of opportunities for people to get involved, learn, grow and give back. Such community-driven agricultural initiatives are mirrored in countries across the world.

What’s more, urban agriculture is praised for its wealth of environmental benefits. Depending, of course, on how said farms are run, urban farming can provide an efficient solution for local food demand – and efficiency equals sustainability. From reducing energy output (including the storage and transportation of produce) to reducing water usage (through sustainable irrigation and water recycling), urban agriculture champions innovative sustainable processes. Vertical farms, for example, are a highly efficient method of farming which directly results in a higher volume of food production. This carefully controlled urban setting allows farmers to keep up with increased food demand, while also protecting crops from outside variables, such as weather conditions and disease.

It is no secret that urbanised areas are infamous for being particularly ‘unfriendly’ to the environment; towns and cities are rife with pollution, and as we face the fourth industrial revolution, this is unlikely to change any time soon. However, urban agriculture provides the ultimate counterbalance: from plants emitting oxygen into the atmosphere, offsetting any greenhouse gases, to urban wastelands being transformed into innovative sustainable spaces.

The Cons of Urban Agriculture

It is clear that the social, economic and environmental benefits of urban farming make it an exciting, lucrative development in the agricultural industry – that keeps on developing! However, this is not to say that urban agriculture is without its cons.

One significant source of concern is the health and safety risks attached to urban farming. Stricter measures must be put in place to avoid food and water contamination; as previously mentioned, urban areas are more exposed to pollutants and foodborne pathogens. However, urban farms across the globe are taking substantial steps to prevent the spread of disease, ensuring customer safety is an absolute priority.

Despite this, it is undeniable that such rigour is more challenging for urban farms in developing countries, who have less resources available. One specific criticism of urban agriculture is that, despite its best efforts, it is not always as inclusive to poorer communities as it is renowned to be. Together, we need to take crucial steps towards equality, so that urban produce is accessible for all. 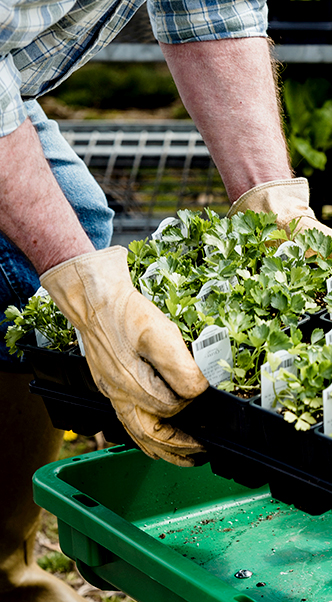